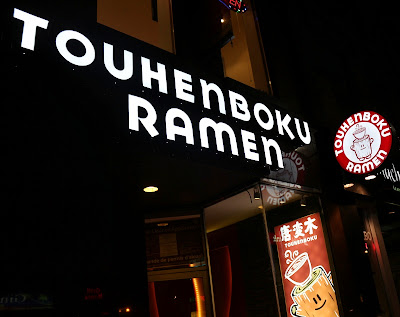 I was thrilled when I saw on twitter that another ramen shop is opening up soon and even more thrilled when I got to attend the Media Preview of Touhenboku Ramen (@touhenbokuRamen) last night. They are officially open today!

Located at 261 Queen W, in my opinion this is probably one of the best location you can choose for a ramen shop. Who wouldn't want to have a comforting hot bowl of ramen after shopping in the area and with only 36 seating, I won't be surprise to see lineups all the time. 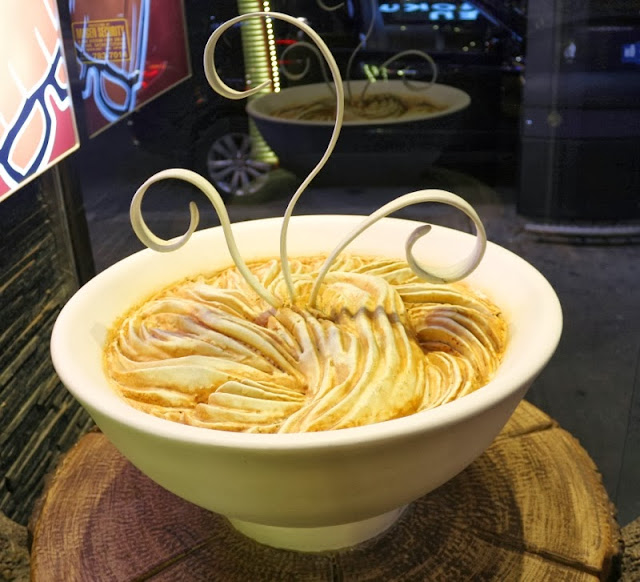 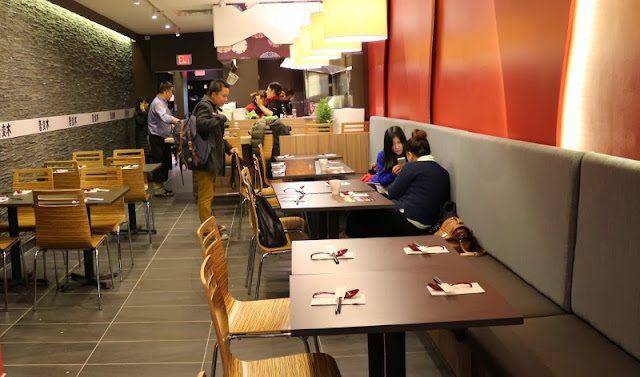 Can you believe that they have 450 Arita porcelain bowls custom made in Japan which cost a whopping $50 a piece and as per the owner it is to keep the ramen hot longer. So it is not surprising that they even imported their chopstick from Japan as well. 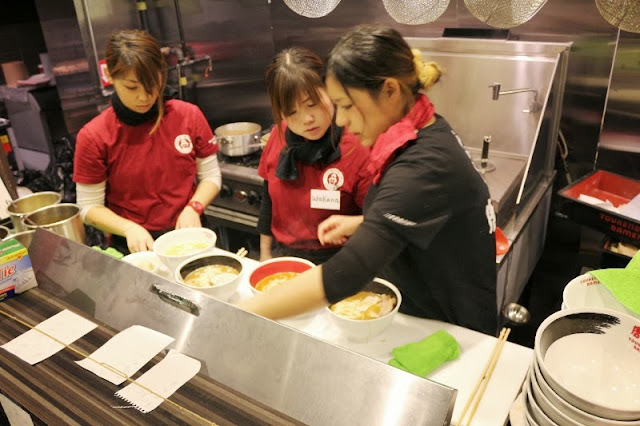 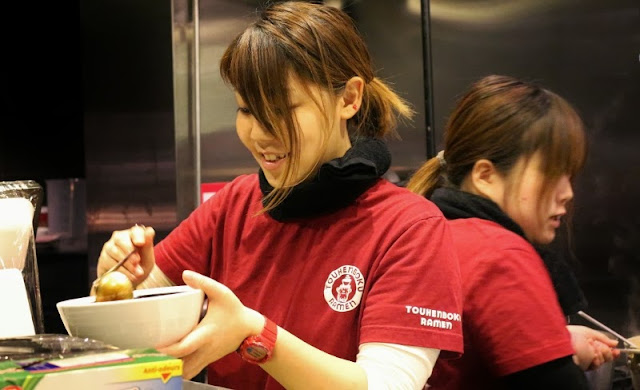 Unlike most other ramen shops, Touhenboku used chicken broth instead of the traditional pork and their noodles will be freshly made in house daily. Chef Machida also mixed his own flour blend including a special high protein flour for optimal elasticity noodles. 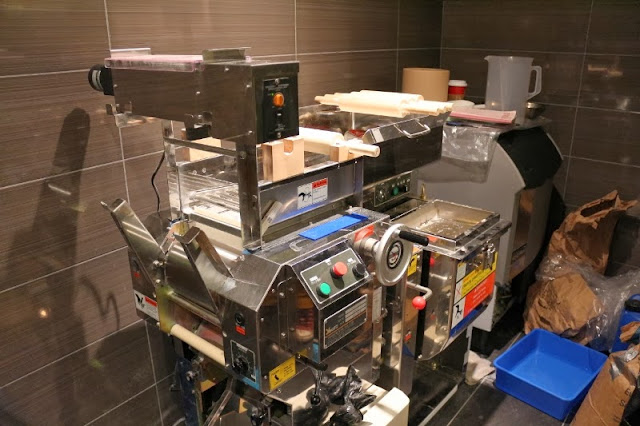 There's 4 types of ramen on their menu : White (original/creamy), Black (garlic), Red (chili) and Light (clear) with the choice of Shio (sea salt) and Sho-yu (soya). Each topped with wood ear mushrooms, half a boiled egg, green onions & nori. Then there's the choice of thin and thick noodles and choice of lean pork, rich pork & chicken chashu.

As per their website:
"Ramen is more than noodles and soup; it is Japanese soul food. The rich creamy broth is made entirely of chicken and this long, slow process draws out the collagen to create a mizutaki broth that is considerably lighter than the regular tonkotsu (pork bone) with much less fat."

I totally agree with the first half but i find their chicken broth heavier and fattier then the pork broth that I am use to, not that it wasn't tasty.

Here they have the white type of ramen which is softer and not as chewy al-dente as the yellow one. And after trying both the thin and thick noodle, we both agrees that the thin one is better. I somehow thought the thick one would be slightly harder/chewier but it was actually doughier. Their recipe is somehow perfect for the thin version.

White $10.50
~ Original Touhenboku Ramen
Ben choose rich pork & sho-yu (soya) for this but I am not sure what the difference between the shio and shoyu since the broth flavor was so intense. The soup/broth is really thick and on the oily side but extremely flavorful. 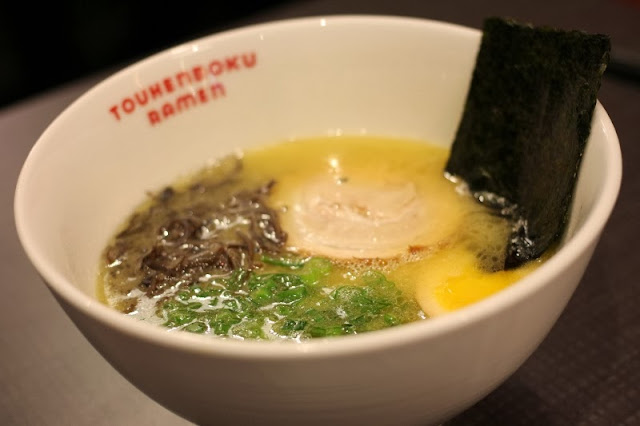 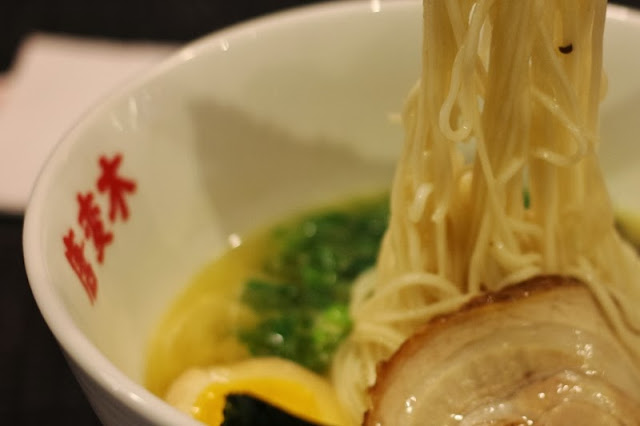 Black $10.50
~ Garlicky Touhenboku Ramen
Compare to the Original, the soup here was even thicker/denser which was a bit too heavy on the palette but the bitter aromatic garlic flavor from the Ma-Yu (special blend garlic oil) does add an extra dimension. 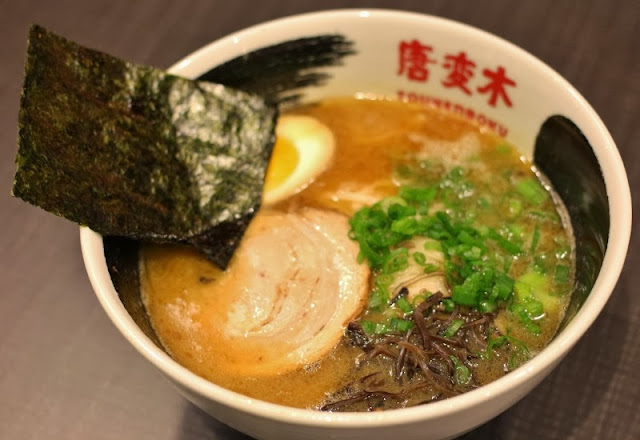 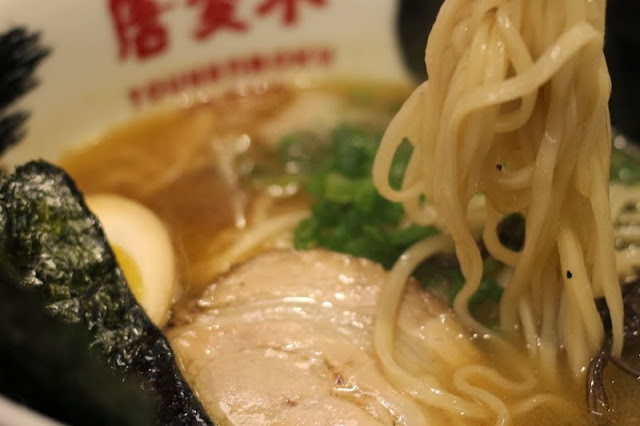 Tomo Creampuff $5.50
This is a crisp choux pastry instead of the usual soft airy version 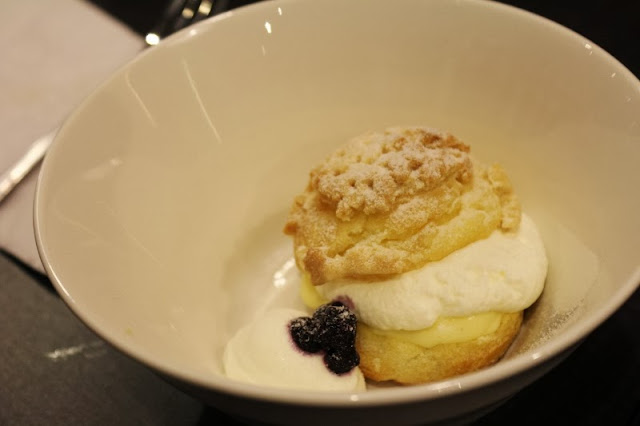 Chiffon Cake $5.50
A super light & spongey texture, this is probably one of the best example of Japanese desserts. Not overly sweet, super delicate and light which you can have after a meal without stuffing yourself (no extra dessert stomach needed here). This was perfect palette cleanser after the heavy broth. 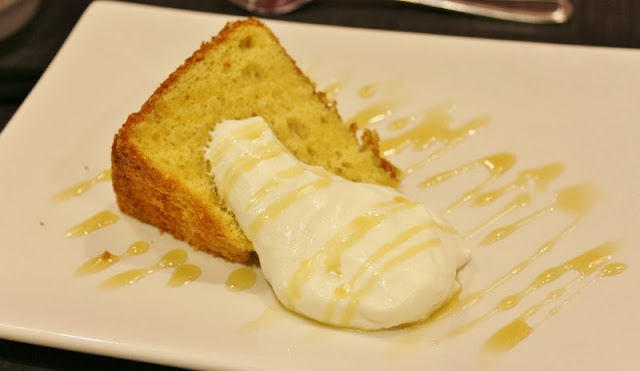 Verdict :
Smaller portion compare to other ramen shop but it does fill you up with the thick broth
(guys may need 2 bowl)
Definitely love the fact hat they are doing something different to the other ramen shop that's already out there.
Great authentic Japanese dessert ♥
Would love to come back to try the spicy ramen and Donburi Rice Bowls.
Great Lunch combo options of Ramen+Donburi Rice Bowls for $14
And on a side note, I didn't get to meet their mascot Tomo ;(

*** This meal was complimentary but opinions are my own ***

kiki's B.F.F
Toronto, Ontario, Canada
B.F.F stands for Beauty, Fashion & Food; three of my addictions. I want to share all that I find beautiful, some products, restaurant reviews... about everything and anything in my daily adventures...